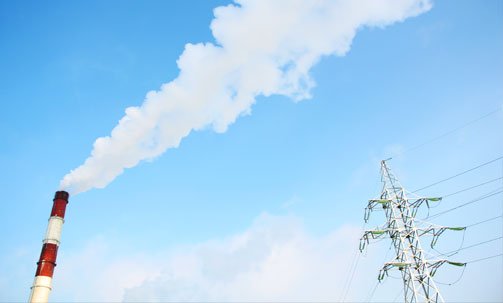 Energy Expertise Will Determine Your Value!

Our overall Business Goal is to bring to market the most dynamic sustainable power and water technologies that have the true propensity to make a REAL IMPACT without creating sacrifices that are unwarranted or unnecessary.

It is estimated that of all power produced in the United States, and elsewhere, that 65% of the total energy is wasted. That being the case, for all you “conservationists” who want to restrict the use fossil fuels, why not get behind a movement to capture and use just half of the wasted heat?
To do so does not mean that we have to reduce our usage, it means “if we can capture wasted heat and use it to create new power, then we have achieved one of the most significant breakthroughs in energy history.


As one of its CORE PRINCIPLES, the Global Green Alliance is committed to just that: Capturing Waste Heat for Deployment as New Green Power.
And, On-Site-Energy.com (“OSE”), a primary Founding Sponsor of the Global Green Alliance, is committed to bringing the Waste Heat Conversion to the market on a mass marketing basis.
There is a name for this technology. It is called Thermal Energy Conversion Technology (“TECT”), and it is being marketed under the brand name of NOVACAB.
NOVACAB acts like a self-charging battery, however, it requires no external electrical source. On the contrary, NOVACAB is charged by waste heat. The heat is stored as high-density heat energy that requires no normal types of battery elements such as lithium, which is very costly to mine and process, and is even harder to dispose of. Each NOVACAB TECT Unit captures and stores 3.4 million BTU’s of heat which equates to 1 MW of electrical power. The company does offer smaller sized Units of 100 KW each. The 100 KW are often used in buildings that are being retrofitted in order to be easier to place within an existing structure.
For example, a large 48-Story building that houses a Stock Exchange and two levels of Data Centre space has 18 of the 100-KW NOVACAB Units in it, for a total of 1.8 MW of Thermal Energy Storage and Conversion. This configuration includes 13 Units for energy savings, and 5 Units for emergency black start back-up power. The 13 energy-saving units cut the cooling cost for the 48-story building and the two levels of Data Centre space by a whopping 40%. The 5 back-up black-start units effectively re-powered the building in 3 seconds when the power was shut down to test the NOVACAB System.
One of the other extraordinary features of NOVACAB is that fact that is has a useful life of 42 years. So if it is new, how can scientists know its useful life? The answer is by scientifically calculating the number of cycles that a NOVACAB Unit can perform. The scientist who invented NOVACAB has demonstrated the capability of the Units to perform 15,000 cycles. A cycle is the charging and discharging of the Unit. The cycling is like your cell phone which is charged and discharged when used.
The amazing durability of NOVACAB goes even farther. At the end of 42 years, or 15,000 cycles, NOVACAB Units are still 85% effective, meaning they can continue to be charged for up to 85% of their 3.4 Million BTU capacity, or (3.4 M x 85% = 2.8 M BTU’s). To bring the overall capacity back up to 100%, one needs to add 15% more NOVACAB Units to the configuration. In the case of the 48-story Stock Exchange Building adding 15% more units to the (18) 100-KW Units will require adding just 2 more 100-KW Units to the array. Based on our research of batteries and storage, there is nothing else like this on the market anywhere. And this miraculous technology has been hidden in Canada in about 40 locations for over 10 years.
That’s where On-Site-Energy.com (“OSE”) comes in. OSE was selected by the Inventor of the Technology to bring the NOVACAB Thermal Energy Units into the United States by setting up Manufacturing, Assembly, Marketing, Sales, Distribution, Installation, and Service. OSE Consulting is even involved in setting up Supply Chain Management. In fact, OSE had been contracted to go one step further which is to identify, procure and negotiate Strategic Alliances for NOVACAB.

When OSE identifies a qualified Strategic Alliance Target, OSE engages in a process of testing the chemistry. This does not mean the scientific chemistry, but rather the human chemistry. In other words, can the people have involved in the Strategic Alliance work well together?
Once the first and perhaps the most important herder of human chemistry is met, OSE begins to formulate a financial equation for structuring a Special Purpose Entity (“SPE”) that used to operate the Strategic Alliance, be it for an Assembly Plant or for the co-development of an enhanced application of the Technology. This when OSE really shines. Its talented and experienced team of Independent Business Development Executives form a Think Tank for the intended purpose of create the SPE. Great care is taken to address all anticipated obstacles and challenges that the SPE may face. The key challenge in almost every case will be the compatibility factor of having two companies working together remotely.
OSE believes that the function of forming Strategic Alliances is so important and so valuable that the Founder of OSE formed another service called Strategic Alliance USA. He went so far as to have his technology team build a web-based portal at: www.StrategicAllianceUSA.com

OSE has defined more than 12 scalable markets for the On-Site NOVACAB Thermal Energy Conversion Technology. These vertical markets include Office Buildings, Hospitals, Refineries, Manufacturing Facilities, Casinos, Shopping Malls, Airports, and Resorts. Utility Companies are in a class by themselves. Despite the obvious need for back-up energy storage, the fact is that only 2% of all power produced in the United States has back-up storage. To some who have witnessed major power outages, they view the lack of power storage as negligence on the part of power company executives. Although we won’t go as far as that, it is evident that more and more people are becoming aware of the VULNERABILITY of the United States’ power grid. In fact, there are already 8 states that have passed legislation mandating back-up storage.
For Utility Companies, particularly those that generate power using any method that creates heat, NOVACAB is an ideal compliment to their existing business model. What could be more beneficial for a Utility Company than to use wasted heat to generate more power, with no extra fuel cost, and to have emergency back-up power?
For those Utility Company Executives who read this article, it is incumbent upon you to reach out to OSE and ask for a Rough Order of Magnitude for their company. OSE can perform a general assessment for the Utility Company Board and layout how much money can be saved, and how much safer their lock grid can become by taking proactive section.


The Biggest Alliance of All

In doing its due diligence regarding NOVACAB, OSE concluded that one industry that most experts would never consider a priority Strategic Alliance target is the oil industry. After all, the oil industry is all about fossil fuels, and environmentalists pretty much want to do away with all fossil fuels. Despite that fact, common sense tells us that cannot happen without destroying the world’s economy, there is a way the Oil Companies can rightfully get on the Green Energy bandwagon.
But before we reveal how this is possible for the fossil fuel industry to go green, let’s consider the dilemma that oil company executives face. The head of Chevron Refineries is quoted by saying, We are under attack, and the attack is industry wide and worldwide.
So what is a Refinery Company to do with their billion-dollar assets? It’s called The Refinery Makeover Story.
Here's how the Refinery Industry can become the heroes of power. If every Refinery were to examine their waste heat factor, they would discover something they probably already know. That is, according to the US Government, that their big Refineries waste as much as 600 TRILLION BTU’s of heat every year. Chances are the environment it’s don’t know this fact, because they would be even more determined to destroy the Refinery Industry. That’s because most of the wasted heat from a Refinery is ultimately released into the atmosphere, thus contributing to global warming.
Here is where OSE and NOVACAB can literally help “save” the Refinery Industry.
The OSE-NOVACAB Solution for the Refineries is to construct a massive Green Energy Power Plant next to each suitable Refinery. By creating a 200 MW to 500MW Power Conversion and Storage Plant, with NO FOSSIL FUELS, the Refinery owner essentially can be part of a National PR Campaign explaining how Chevron, or Exxon, or Marathon Oil is helping to solve the Global Warming and Climate Change problem by capturing 340 Million to 3.4 Billion BTU’s of Waste Heat every day and converting that heat into GREEN ELECTRICITY, with NO NEW FOSSIL FUELS, and no giant wind turbines, or sprawling solar farms.


The bigger news features of The Refinery Makeover Story is that their new mega-green power plants are totally unobtrusive, environmentally friendly, and eco-energy supportive because they [The Refineries] are now providing the backup storage that the utility grid has lacked AND they are building the power supply for existing and future wave of electric vehicles.
So how BIG can this plan be? And how much Press can The Refinery Makeover Story actually achieve?
There are 126 Refineries in the United States, of which approximately 122 are operational. If we estimate that only 50% of Refineries were to participate [the other 50% would be insane not to], and that each participating Refinery were to contract with OSE-NOVACAB for a 500MW Green Energy NOVACAB Plant, the total output would be 60 x 500 MW, or 30,000 MW of power. This equals 30 GW of power. The beauty of The Refinery Makeover Story is that the size of each Refinery Green Energy Plat is not limited. Remember, the US Department of Energy tells us that a large Refinery wastes 600 TRILLION BTU’s of heat.
Let’s concede that 600 TRILLION is not the amount that is captured and converted. But let’s operate on the premise that each Refinery could capture 1 TRILLION BTU’s per day.

And let’s calculate how many NOVACAB Units could be deployed for Green Energy at each Refinery location.
11,000,000,000,000/ 3,400,000 BTU’s per NOVACAB Cycle equals 294,000 MW, or 294 GW.
What this tells us is that there is a way for Refineries to become the SOLUTION to the Energy Grid VULNERABILITY and the Demand for Electric Vehicles. 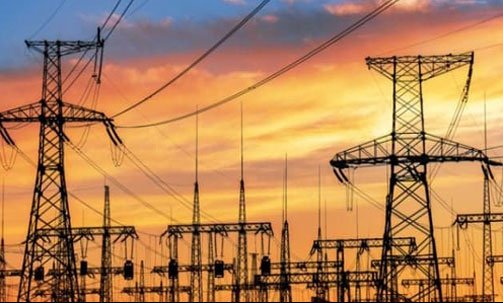 Rising fuel costs, especially those of natural gas, drove up wholesale electricity prices in all U.S. regions in 2021, the Energy Information Administration (EIA) said in an analysis on Friday.

A fast-moving winter storm pounded the Southeast and Mid-Atlantic, resulting in 800,00 customers without power. 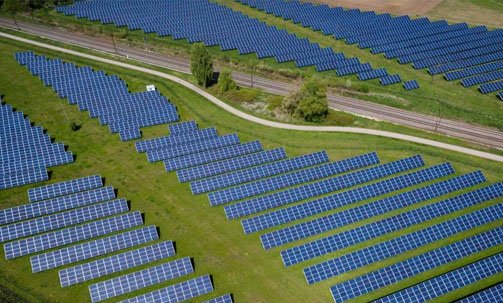 Clean energy made up 46% of Germany’s net public power generation in 2021. That was down from 50% in 2020, according to Fraunhofer ISE, the largest solar energy research institute in Europe. 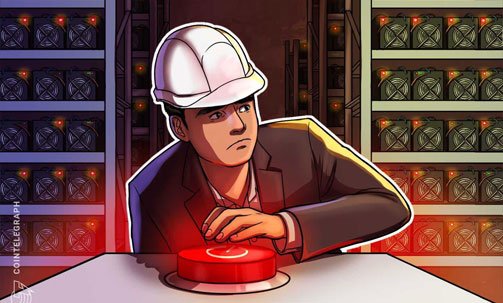 Following a recommendation from the Technical Committee on Emergency Measures for Energy Supply, Kosovo's Minister of Economy has decided to ban crypto mining. 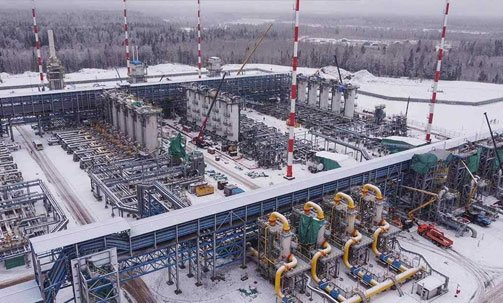 Europe Sleepwalked Into an Energy Crisis That Could Last Years

With its natural gas stockpiles running dangerously low, the European Union is at the mercy of two wily forces—Putin and the weather. 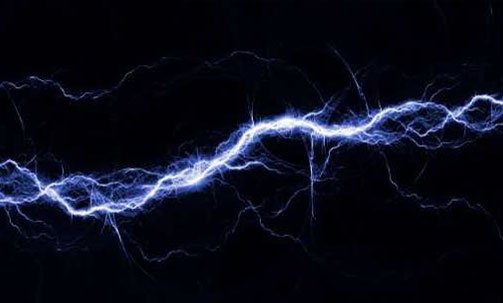 Energy prices at the end of 2021 were 59% higher than they were at the beginning of the year, according to a new report by the Energy Information Administration (EIA). 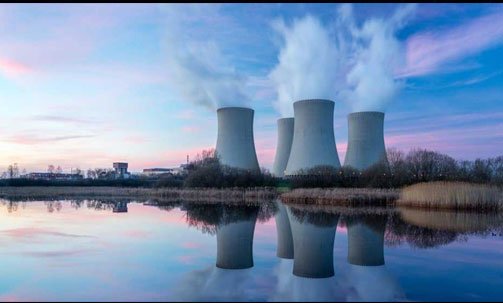 The German government on Monday said it will reject a European Union plan classifying some forms of nuclear energy as renewable, calling the technology “dangerous.”